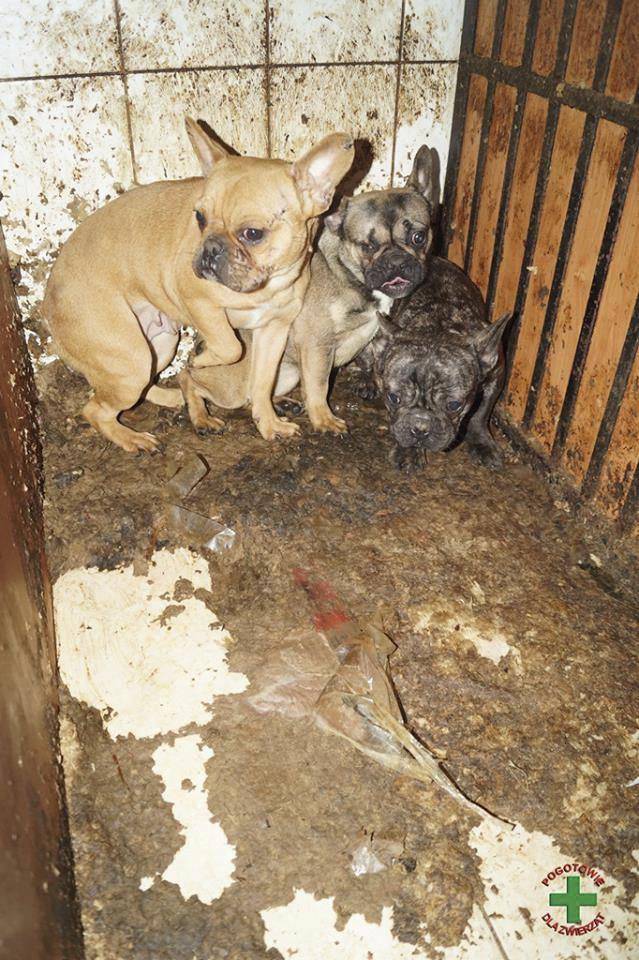 This is a question I have been asking myself for several months, the famous names are beginning to be many, but no one brings out this seriousness of the facts. For months I have been contacting the characters in questions, but they completely ignored me, because perhaps in the world of the show I count as the democratic leader in a communistic totalitarianism, happy with it for sure.

Let’s begin to tell about all the researches that I and other ethical breeders (strictly F.C.I. approved) have discovered. Testimonies and the deceptions that are perpetuated every day on Facebook.

The names: Francesco Totti, Mauro Icardi, Radja Nainggolan, Gaetano Castrovilli, Federica Pellegrini, Ignazio Boschetto from Il Volo, Roberto Cavalli and finally Enrico Papi, these are the ones I have heard about, but I’m sure there are others to come.

We showed on our Facebook page (@radiobulldoginglesi), that the sales of their puppies to some famous American people were completely false and here are the videos that are proving it: video by Gerard Butler and video by Jamie Foxx.

Not only, but a few days ago the people of Instagram, massively reported the appropriation of their photos done by the people that stays behind the profile of “ I Cuccioli di Carlotta”. Photos of other breeders or pseudo-like ones, to the point of making their profile to be closed by Instagram itself, as a result of numerous reports.

Mr. Pecoraro tells us in his live video (published on their facebook page) that it was a “show-down” problem. What a hypocrite he was!? Then he insists in saying that the photo sharing is legal, but unfortunately it has never been a sharing, as it was an illegal appropriation of property and we showed you this too.

In the following photo taken from their account they are saying: “Wonderful Orange Male Cream Available”. What does that mean? To perceive the reader into thinking that one of those three puppies belongs to “I Cuccioli di Carlotta”.

This photo belongs to an another breeder and here is the original photo (direct comparison).

I’ve made all the necessary controlling to check the origin of this photo and its breeders, and they belong to some USA based family .

A respectable breeder, would never, and I will repeatedly say never, do such things!!! For the simple reason that his subjects grow surrounded by love. He would be proud to expose them and show the world only his own products, the result of passion, selection and true breeding art.

After the closure of their Instagram account due to the failure to comply with the guidelines, Mr. Pecoraro decides to dedicate a video of over an hour, to me. And I must say, there are very heavy crimes committed verbally by them and all those who have commented, which it should be decided by the authorities that I have already mobilized to act accordingly to the law. The absurdity in justifying the closure of his Instagram profile in which I have little or nothing accountability, he makes a “bold” move. Taking my private suffering and useing it to cover up his mistakes. I can’t see that video because it inflicts me feel so much pain! How bad would be those who are fragile because of losing the loved ones due to the economic crisis that stroked our country. I wanted to remind everyone that in Umbria alone there were more than 150 dead cases.

Let’s talk about their modus operandi: Mr. Pecoraro and his business/ private partner, Mrs. Beresova, resides in Bratislava (Slovakia). Slovakia is one of the 94-member countries of the F.C.I. kennel organisation. That would mean that the ONLY recognized breeding farms are F.C.I ones, since this is the crown house.

To better understand that we are talking about illegal trafficking in all aspects, we should explain to you within this video, all the correct procedures for the SECURE purchase of a purebred dog and then you can compare by yourself what this group of people are trying to sell as a correct and legal procedure.

Mrs. Beresova is the owner of an association called “K.A.S.” (Kennel Association Slovensko), an association, not a name of a breeding mill, as the name is speaking per se. This association records all the puppies of dubious origin and keeps them in their books so after entering in Italy they are automatically brought under the “I.C.B.D.” record.

The law is clear, dogs can be considered pure-bred if they comply with European and national regulations, the following video that I’m publishing removes any doubt about the procedure and I advise you to watch it carefully, because it clarifies many things:

All dogs that travels in non-compliance with the European regulations and the laws of the States that are members of the “F.C.I. “ international organisation, are to be considered the result of international traffic, whether you like it or not!

Unfortunately, based on the material received and the proofs received, the sell traffics of Mr. Pecoraro and Mrs. Beresova are also to be considered as one explained!

Each puppy registered with the “I.C.B.D.” pedigree is part of an international traffic. This next story is one of the proves that we have: An owner (details known in redaction) bought a puppy from the illegal traffic of the group called “I cuccioli di Carlotta”. Shortly after, the puppy died, and they blamed the veterinarian for the same, even if it’s far from the truth. This mechanism is often used as an alibi even if the real responsibility of the sick puppies belongs to the practises used in the mill from which they are coming from.

There is so much more evidence! We have already dealt with the very delicate theme of exotic dogs, because it is necessary to say NO to the so-called exotic colours. I suggest you also read also this article:

A puppy defined as an exotic, can’t have a regular pedigree, because it is the result of crossbreeding. Behind a puppy of exotic colouring, it hides: death, suffering and genetic maltreatment.

Today, Mr.Pecoraro and his lady, Mrs. Beresova, are calling themselves the most esteemed breeders in Europe. Beware that they have no broodmares and they are not part of the any “F.C.I.” affiliate. These messages that they are passing over to the social networks are very dangerous, because first in line of losing are all the dogs of dubious origin. We all know which lies lay behind to the illegal dog traffic. Situations like this that you see in the picture below are not rare:

In meantime, there are many deceived owners who are experiencing horrible experiences with sick puppies, or who have lost them right after the purchase.

My advice is to stay in the national territory, visit the farms, not to buy dogs on the Internet, or in stores, or in these absurd social profiles crammed full of stolen photos to attract the feelings of followers and to increase sharing.

Returning to the Italian celebrities involved, I hope they’ll get this clarification article, in order to get an answer to our doubts as soon as possible. Are they aware that they just served as means of promoting illegal traffic, or they don’t care?

I want to emphasize that the message that passes is very dangerous for animal protection and welfare, I would like to underline that it would be appropriate to interrupt photos and videos that show them with puppies resulting from genetic mistreatment, trafficking and suffering.

I am available for any clarification or request!